By all accounts 2014 is going to be a good year for the semiconductor industry; current semiconductor revenue forecasts point to mid- to high single digit growth and quarterly device revenues and silicon shipments are stronger when compared to the same period last year. SEMI believes that the semiconductor materials market will trend with the device market, resulting in an increase of three percent this year and a four percent increase in 2015, resulting in a materials market exceeding $46 billion in 2015. Despite two years of consecutive growth the total materials market will remain below its 2011 peak as cost reduction efforts and low overall industry unit growth dampened materials revenues over the past few years. 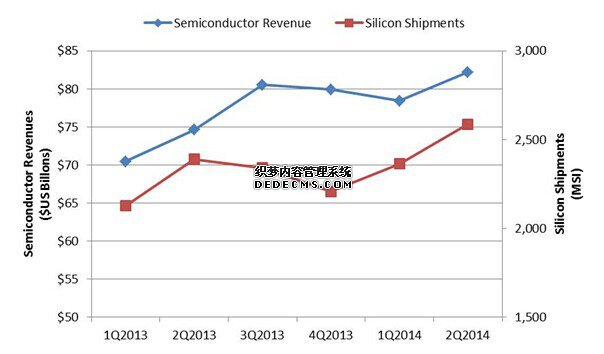 Unlike last year, all regions are expected to see their materials markets increase this year. Since 2010, Taiwan has been the largest materials market due to its strong wafer manufacturing and advanced packaging base. The region is expected to increase its leadership by growing another seven percent this year. Japan, South Korea, and Rest of World as a group represent nearly 50% of the materials market and have an aggregate forecasted annual growth rate of one percent. Rest of World represents Singapore and other parts of Southeast Asia and represents the largest Packaging Materials market. After increasing four percent in 2013, growth in China is expected to moderate this year to one percent. The remaining portion of the market, Europe and North America, is expected to faire a little better, with an expected three percent growth rate, primarily driven by North America. 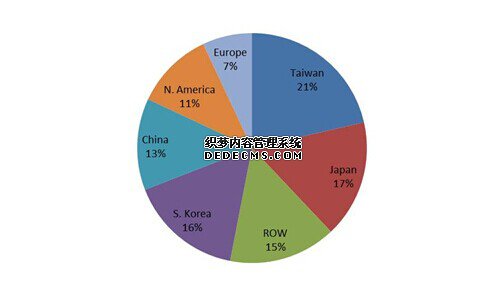 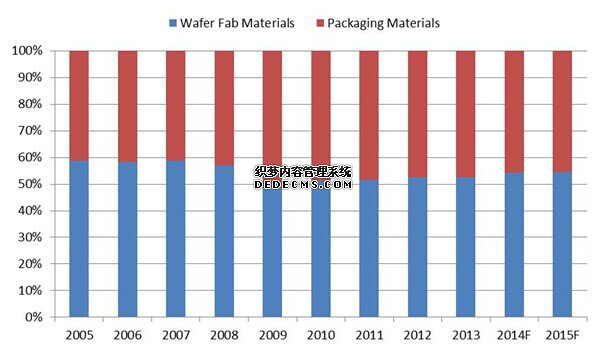 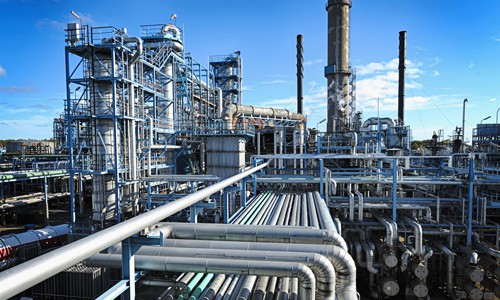 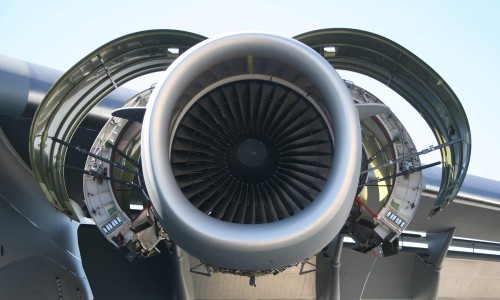 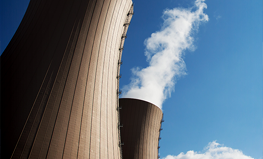 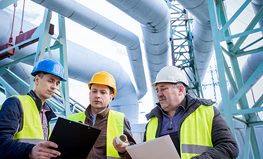